Ask decorator Jacques Garcia why he has spent the past few decades finessing Château du Champ de Bataille, his 17th-century pleasure dome in Normandy, and refused to be seduced by other delectable old properties that would have benefited from his expert ministrations, and one receives an answer that comes from the heart.

“I am a man of one love; I cannot cheat,” says the silver-fox Parisian known for conjuring up glamorous hotel interiors, from Hôtel Costes and La Réserve in Paris to Marrakech’s La Mamounia and Manhattan’s NoMad. “When I cheat, I leave.”

Several years ago, though, Champ de Bataille had reached a certain maturity—read all about it in Twenty Years of Passion (Flammarion), a 400-page billet-doux to the monument historique that he has owned since 1992—that led the AD100 interior designer to feel that he could allow his eye to wander, to establish yet another historic foothold for him to restore and his friends to enjoy. Eventually Garcia found what he was seeking in Sicily, where he stumbled across a former monastery, also dating from the 1600s, that had gone to rack and ruin in the rolling, rocky countryside within sight of Noto, a once-sleepy, rather remote, but increasingly buzzy baroque city at the island’s southeast corner.

Like Sicily itself, imprinted over 1,000 years by the taste and vocabulary of foreign invaders, from Ostrogoths to Arabs to Normans, the onetime domain of Jesuit monks turned out to be a cultural layer cake. As Garcia observes, “This 17th-century monastery is built on a 12th-century Norman villa, which replaced a 10th-century Moorish palace, which replaced a fifth-century Roman house, which replaced a Greek villa of the third century before Jesus Christ.” In short, Champ de Bataille is a mere novella compared to the epic poem that is the 247-acre estate that Garcia has christened Villa Elena, in honor of the Byzantine empress who became one of Christendom’s most important converts.

“Saint Helena, for whom I have a passion, brought the True Cross from Jerusalem to Constantinople, then from Constantinople to Rome,” he says, fancifully adding, consid-ering the journey, “One thinks that she would have gone to Sicily.” The name that Garcia gave his Mediterranean getaway seemed to be destined by Providence as much as by personal preference. At about the same time the tastemaker signed the deed, he came across three immense paintings, attributed to the studio of Peter Paul Rubens, that had been commissioned 400-odd years ago by another Sicilian monastery, this one near Palermo. Their subject, coincidentally enough, was the life of Saint Helena, so, of course, he had to have them. Garcia’s ardor was piqued even more when he learned that they were so historically important that they could not leave the country. The towering works now survey Villa Elena’s grand gallery, a ballroom-size stretch of square footage, joined by, among other opulent companions, antique portières embroidered with pearls, 17th-century busts of Roman emperors, and gilt-wood stools with cabriole legs so pronounced that they practically writhe before one’s eyes.

Though the word monastery conjures up deprivation and restraint, Villa Elena’s front doors open to a Vatican-style voluptuousness that is wholly appropriate to Sicily, where exaggeration and elaboration are the rule rather than the exception. (“I am a romantic futuristic, not a nostalgic,” Garcia says; for him, the past is not just inspiring but forever alive.) Rooms are frosted with faux marbling and lavished with chairs, tables, and porcelains made for 19th-century royals, among them Napoleon’s brother-in-law Joachim Murat, briefly king of the Two Sicilies, that are used without trepidation by Garcia and his guests. Scalloped silk canopies pour down like waterfalls from high bedroom ceilings. At one end of the glamorous swimming pool stands a temple—it incorporates elements of a Greek temple that Garcia already possessed—where the interior walls have been lushly painted in emulation of the garden room of Rome’s Villa of Livia. Garcia’s Sicily interiors also bear witness to the architect’s explorations across the island: gilded boiseries from a palazzo in Catania, about an hour’s drive north of Noto, line the dining room.

ALL PICTURES TAKEN by Oberto Gili

Of course, before any of these museum-quality treasures could be set into place, Villa Elena spent a lengthy period in construction mode. “I had to go there once a month during the work, for a minimum three-day stay.” Garcia says. Damaged in an earthquake in 1693 and rebuilt over time only to fall into dilapidation once more, the rambling building was in an alarming condition when Garcia first cast his eyes. There was no water, no electricity, some walls, and a few vaults, but, strictly speaking, it was uninhabitable. “Simply put,” the architect says, “it was about the state of Notre Dame today.” Distressing, too, was the fact that the original land had been chopped up and sold off by the family that had owned and neglected the monastery since the 18th century, so Garcia set himself to reconstituting the acreage, which took seven patient but ultimately successful years.

“It’s not just about being a landowner, it’s about being the manager of this land and knowing that nothing negative will happen to it,” the architect observes. And as far as Garcia is concerned, it never will again. 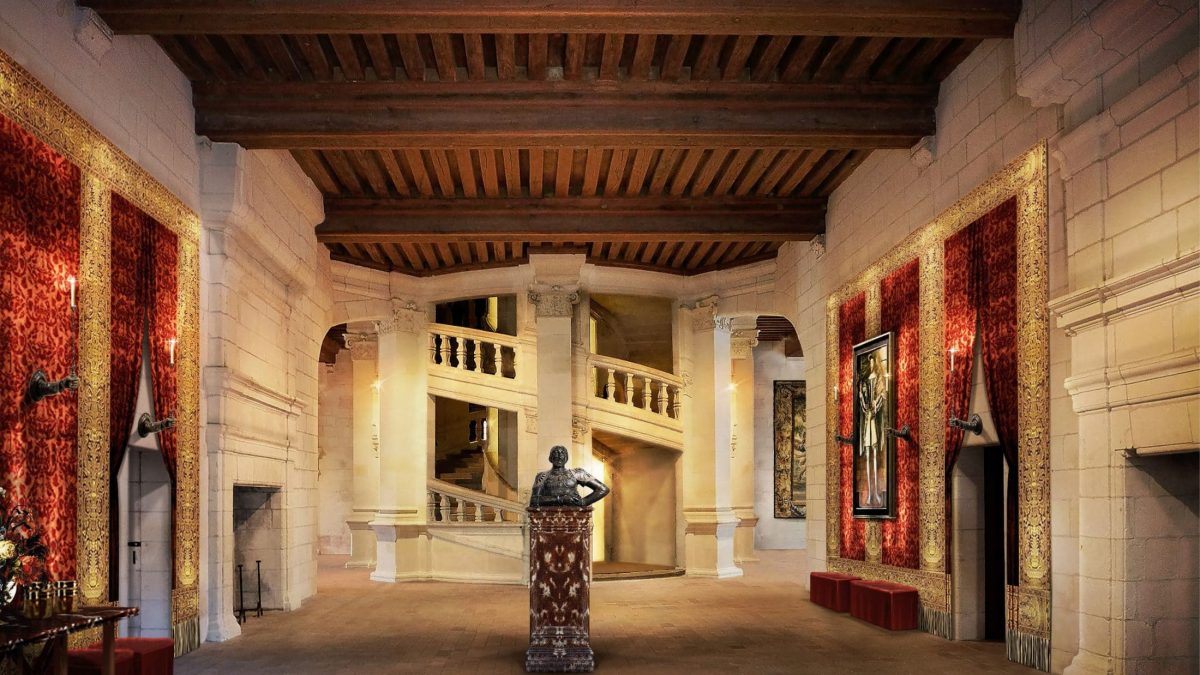 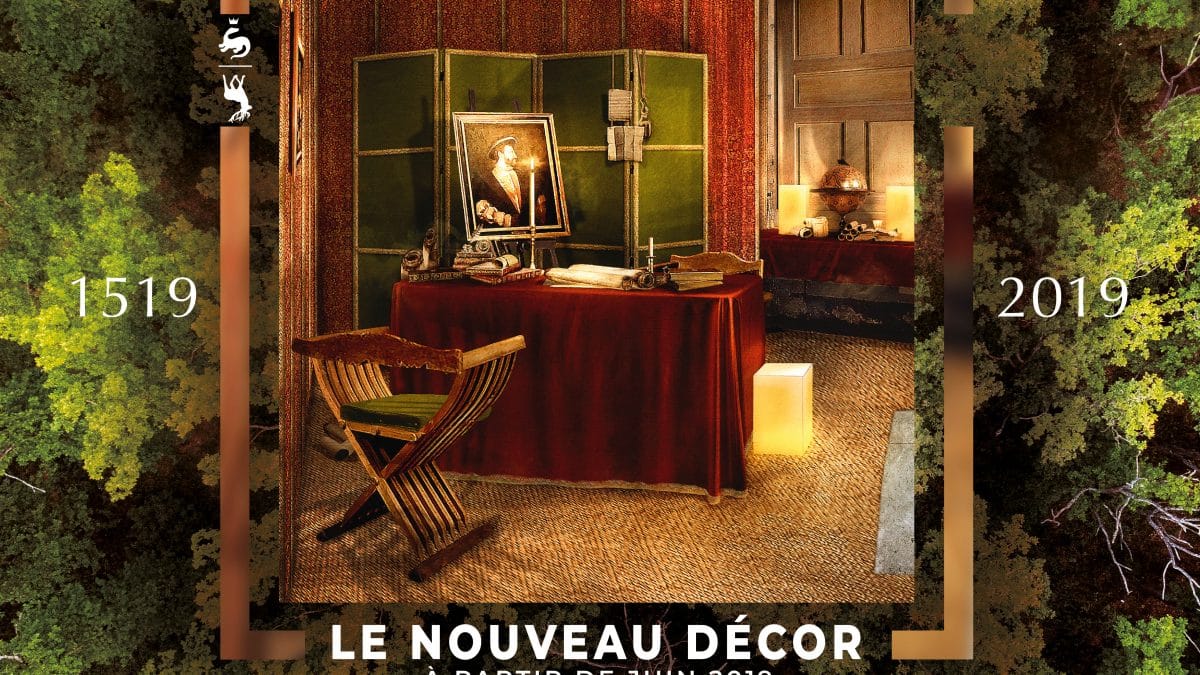 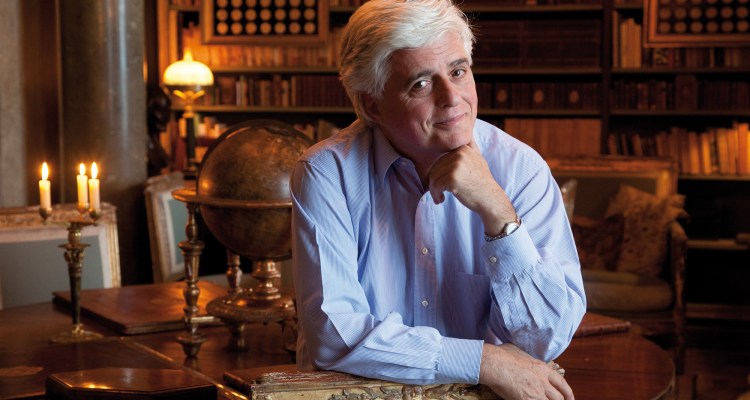 THE WORLD OF INTERIORS FEB 2019